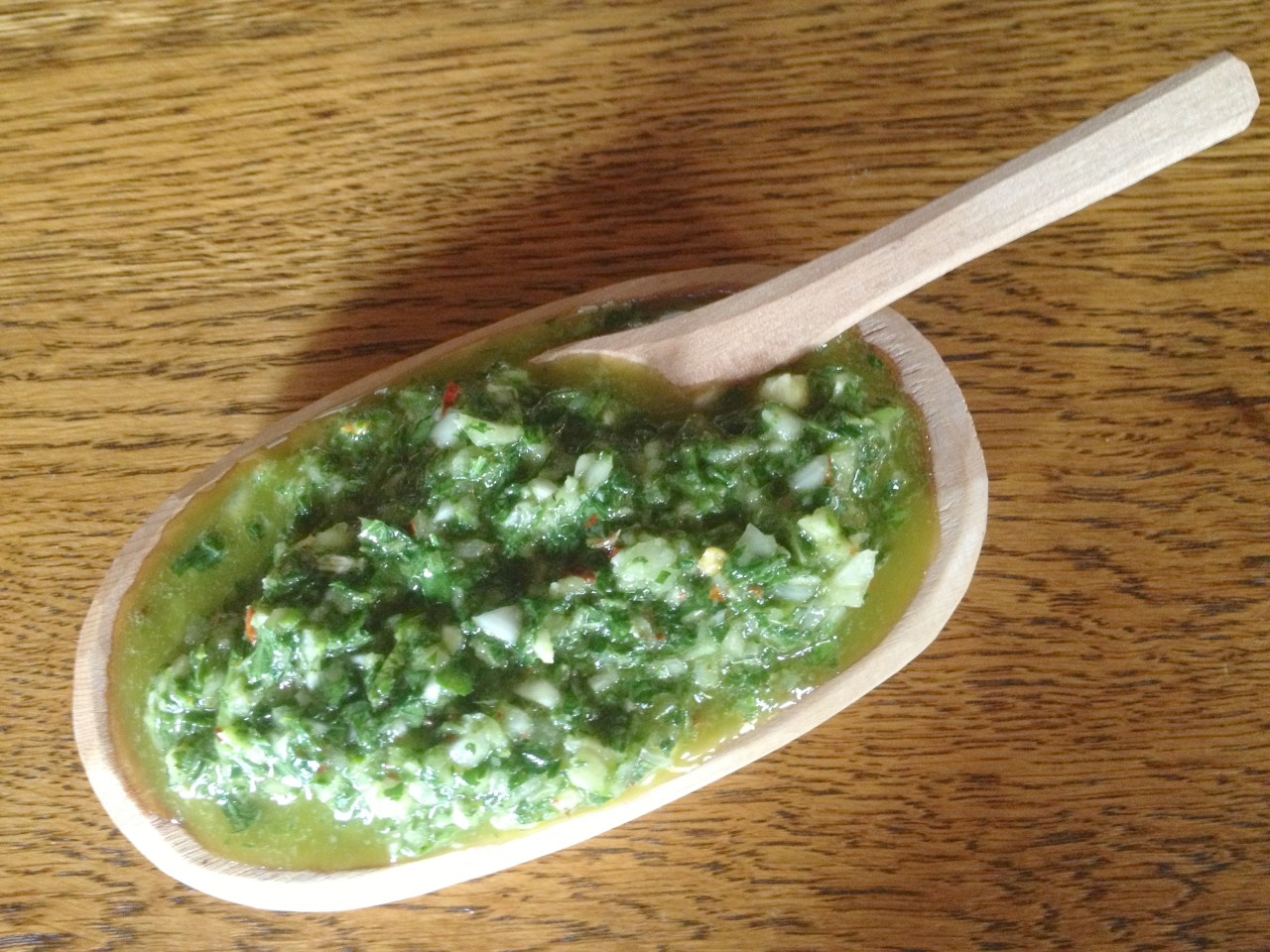 Chimichurri ( pronounced “Chee-me-choo-ree with a soft “r”as in “rich”) is a sauce that has become very popular which is originally from MY COUNTRY!!! It was something that was never commented by people because it was ubiquitous and taken for granted. Where there was meat served in Argentina, there was chimichurri and one would simply call it “la salsa” (the sauce).

My neighborhood was composed of small detached homes which all had a small flower and vegetable garden and I can’t remember anyone who did not have “perejil” (parsley) and “oregano” growing in the garden as well as a braid of garlic hanging from one of the cabinets in the kitchen.

When I make chimichurri I don’t measure – I approximate.  The ingredients are fairly standard, but propotions as well as ingredients vary from cook to cook.  I have been reading up on chimichurri recipes and see that some leave out onion, but I always add it.  I like garlic, so I use quite a bit of it.  I can’t remember ever seeing anyone using black pepper when I was growing up.  There was pepper on the table to sprinkle on things, but I don’t remember that anyone ever did.  I don’t ever include it in chimichurri. What we used was “pimentón” which is more like paprika, or used red pepper flakes.   The following is the recipe I follow somewhat when making chimichurri – but quantities of ingredients can go up or down depending.  I usually make chimichurri when I will be grilling meat so the sauce doubles as a marinade. 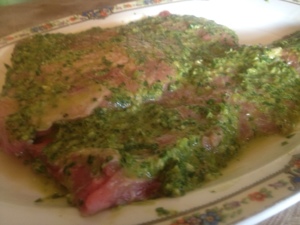 BUYER BEWARE!  There are two cuts of skirt steak.  One is very tough and sinewy.  The other is loose and tender.  The tough skirt steak used to be put into the grinder but the cut has become so popular because of the recipe one finds in every magazine and cook show using “Skirt Steak marinated in Chimichurri Sauce” that the price has gone up and chain stores are now selling the touch skirt steak.